This is the best cartridge we have ever heard. But don't listen to us, let's see what Fremer has to say: 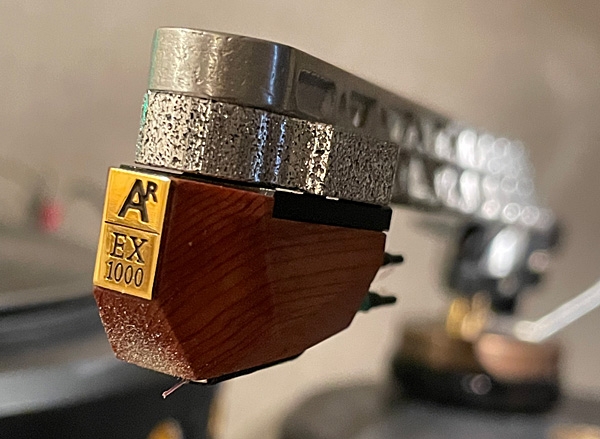 The EX1000 is the company's top-of-the-line cartridge. According to the emailed brochure, the body is carved from a rare piece of Yakusugi cedar that's more than 2000 years old. Every component has been "tuned to perfection." The cartridge has "an organic and sensual sound the like of which has never been seen." Say, what?

Yakusugi cedar has a fascinating back story that seeks to explain its effect on the sound—as do all cartridge wood varieties from snakewood in the Miyajima Labs Madake special edition to cocobolo in Grado's Epoch 3. The more exotic the name, the better! I'll let you read all about the Yakusugi cedar on the Analog Relax website, but in a nutshell (or tree trunk): Difficult, unusual growing conditions produce 1–2mm-wide tree rings, resulting in strong, rigid wood. Growing in a wet environment, the trees have evolved a specialized resin that keeps the wood from rotting. The trees are protected by law, and only trees that are already felled can be sold, so the wood's scarcity will increase. You hear the picture.

Beyond the body (which looks as stunning as advertised, and like shiny supermarket fruit is coated with bee's wax), the motor consists of "high purity" copper coils, neodymium magnets, and an unusually smaller-diameter-than-is-usually-seen ruby cantilever, which terminates in a "Super Curve Line Contact (version 2)" stylus. Output is "over" 0.5mV, internal impedance is 15 ohms, and suggested tracking force for the 9gm cartridge is 2gm.

The impedance and relatively high output indicate more wire turns, higher impedance, and higher moving mass than what's found on most of the lower output, lower impedance cartridges. What I expected, then—regardless of timbral vivaciousness—was for moderate, not exceptional, detail resolution.

I'm going to quote the website now, because this cartridge sounds precisely as described in its literature. But first, a short stylus profile description: "Ver. 2 is an upgraded version of this needle." (Not to "needle" the manufacturer, but please change "needle" to "stylus.") "It retains the advantages of the original, which has a line contact shape, with only the leading edge of the needle tip having a curvature close to that of a round needle, with additional design to pick up all of the information on the record using multiple-angle cutting." The italic emphasis that follows is mine: "It is particularly good at reproducing live instruments and human voices, creating a kind of sensual sound. Another great feature is that you will not feel any inner-groove distortion."

The EX1000 perfectly tracked the Ortofon Test Record's lateral 80Êm peak track and produced a barely audible "buzz" on the 90µm track, which reveals the cartridge as a superb tracker—among the best, if not the best, MC cartridge that I can recall measuring.

The few friends for whom I've played this cartridge exclaim out loud what I think to myself every evening I listen to the Analog Relax EX1000: "The voices!" This cartridge's vocal presentation is definitely a "kind of sensual sound." "Velvet Fog" Mel Tormé has never been better served on record than through the EX1000.

Mel's voice goes velvet just behind his throat, extending down into his chest cavity. The sonically sensual vocal presentation oozes "velvet" without sounding at all soft, warm, or muffled, nor does it sacrifice transient articulation. This cartridge gets more of that correct than any other cartridge I've heard. It just sounded more believable. 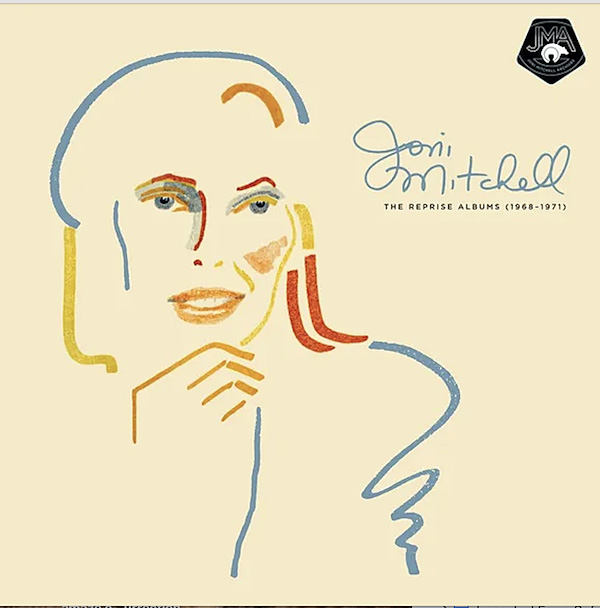 I had a Mel meltdown the other night, chain-playing Mel Tormé and Friends (Finesse Records W2X 37484), Mel Tormé Swings Shubert Alley (Verve MG VS-6146), and Mel Tormé Sings Sunday in New York (Atlantic SD 8091), which was recorded by engineering legend Bill Putnam. The EX1000 doesn't turn every vocalist into the Velvet Fog, nor does it noticeably add chesty colorations or texturally thicken female vocalists. Listen, for example, to the "must have" Joni Mitchell: The Reprise Albums (1968–1971) (Rhino RI 653984). The AnalogPlanet review is reprinted on Joni Mitchell's website.

Whatever it is about this cartridge that is responsible for making the timbral and textural presentation so correct, it's so skillfully drawn that it doesn't call attention to itself as a coloration. It's more of a subtle, top-to-bottom reality enhancement.

Because the electrical upgrade elevated everything, I made sure to play assorted tracks using the Haniwa, and later the Lyra Atlas Lambda SL, for comparison. Both did Mel (and everything else) greater justice than they did before the upgrade—I still exit the room every night reeling—but something about the Analog Relax EX1000's presentation was extra-velvety on Mel's vocals, though not to the point where it was at all cloying or became annoying.

Yes, it's corny fluff, but Chester & Lester (RCA APL1-1167) from 1976, with Chet Atkins and Les Paul, is a great deal of fun, two guitar masters working through old standards. It's a lot like Neck and Neck, the album Atkins did with Mark Knopfler, which is equally great and well recorded. On Chester & Lester, Paul's guitar sound is warm, soft, and bathed in reverb, while Atkins's is brighter and pluckier. This cartridge nailed it, presenting the duo in an enormous sonic bubble that extended practically into my lap. On side one's last track, "Out of Nowhere," the two have a short conversation. They were talking in my room. Somehow, this cartridge does as well with Led Zeppelin as it does with Bruckner.

I don't know why the Analog Relax EX1000 has to cost $17,500, but it does—and the importer claims the margin isn't all that high. If someone can make one that sounds like this for a few thousand, I'd like to hear it! I hope you get to hear the Analog Relax EX1000 at a show or dealer showroom. If you do, I'm certain you'll hear precisely what I've described.

If you can afford one, get it. If you can't, don't bitch and moan. So now I must pack it up and return it to the importer. Damn shame.